Slattery is delighted to see the Victorian Pride Centre opened in St Kilda over the weekend.

The first and only LGBTQI+ community centre in the Southern Hemisphere, the Pride Centre showcases LGBTQI+ art, culture and history and brings together advisory, health and support services, as well as creating community spaces. The VPC will also serve as a hub to a range of LGBTQI+ organisations such as Transgender Victoria and the Melbourne Queer Film Festival.

The official opening in the morning featured speeches from Martin Foley, Minister for Equality, several VPC members and Victorian Premier Daniel Andrews, who pledged $1.9 million to deliver Melbourne Pride 2021, a one-day street party on December 5th. Andrews, along with VPC Chair Hang Vo, raised the Pride flag on the roof as a symbol of the official opening.

At the evening event catered by Mabu Mabu, Board Chair Jude Munro thanked all those involved in the centre from start to finish.

We are thrilled to have been a part of such a landmark Australian project that allows people to be their best and most authentic selves. Congratulations to all involved. 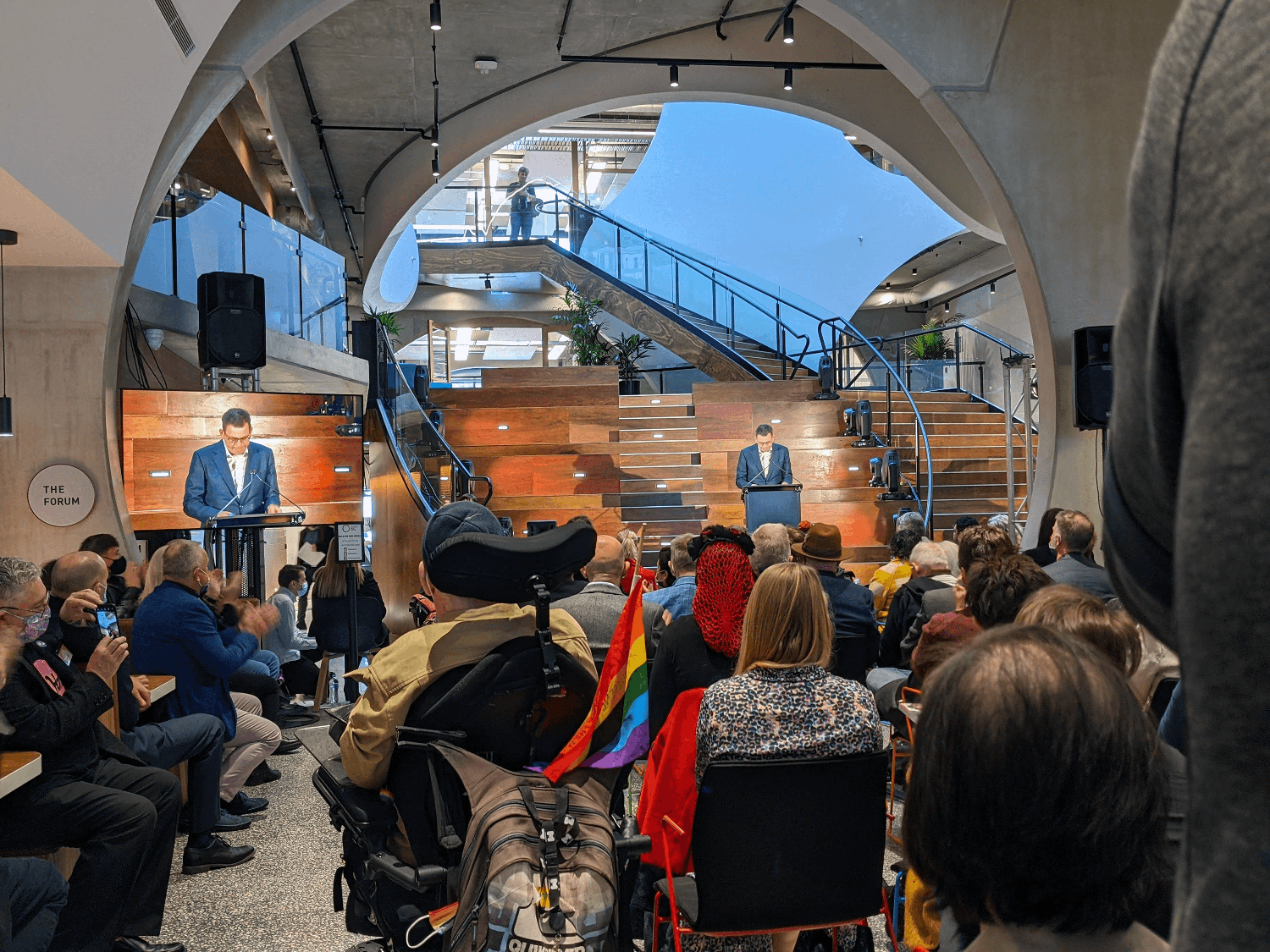